Models
Back to: Gliders 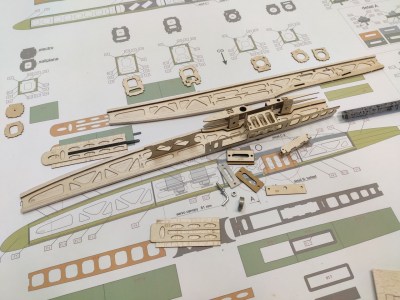 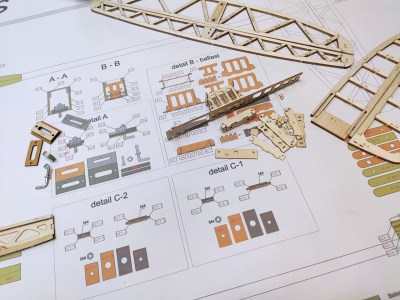 RatingNot Rated Yet
Base price $297.00
Base price with tax
Sales price $207.00
Sales price without tax $207.00
Discount $-90.00
Ask a question about this product
ManufacturerCLM Pro
Description

CLM Pro has released a new model called Prime RES. The model is designed and produced according to FAI F3-RES competition rules.
The model is designed and optimized to the last detail and it all comes together perfectly. Most importantly, when flying and competing, adjustments can be done quickly on the spot (ballast, hook etc.)
All parts are precisely laser-cut from balsa and aero plywood, all carefully selected high-quality materials.
Due to its aerodynamic design and excellent performance, it is very stable and is a joy to fly.

Prime RES is a model for competitions, made according to FAI F3-RES rules.

* an adjustable hook: you can change the position of the hook (forward-backward) in the field in a second
* safety mechanism for the joint between wing segments - no more glueing with tape on joints and other improvisations: one click and the wing is attached
* ballast: integrated box in the pod, with a few reserve ballast modules, which can be changed in the field in literally two seconds without disassembling the model
* angled carbon wing joiners mean there is no complicated crafting of the box for the joiner in the wings. You receive everything ready in the kit.
* other details worked out to the last bit

The main construction of the wings is built with full balsa ribs, plywood for trailing edge and reinforcements where needed, while composite materials are used for leading edge and mainspar according to FAI rules.
All parts are laser cut and fit together perfectly. So there is minimum rework needed, you only have to assemble everything and bond according to the manual.
The centerpanel comes with a spoiler with built-in magnets so its perfectly closed when in closed position.

As our every fuselage, this fuselage is also made with aerodinymical shape with smooth transitions. Again, all parts are laser cut out of alsa and avio plywood.
The fuselage is reinforced on strategic spots with selection on material which gives it more strength.

Canopy is designed in a way that there is enough space to easily manipulate with all components in the pod, allowing the battery to be inserted and connected easily, improving usability on the field.
The tappered carbon tailboom is made from several carbon types. Materials are strategicaly oriented, so the boom has maximum strength and minimum weight.

The tail is also designed having aerodynamics in mind. It is a construction of lase cut balsa components. The connection between horizontal and vertical stab is reinforced with carbon.